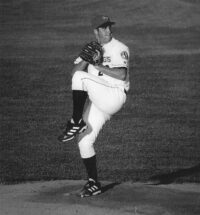 Jonathan George was an eight-year pro drafted in 2002 out of Camden Catholic High School by the Cincinnati Reds. A 16th-round pick, George was a Baseball America Honorable Mention All-American in his rookie season after notching a 5-3 mark. In 51 innings of work that summer, he collected 97 strikeouts while allowing just 25 hits, and he finished with a 1.21 ERA and 1.00 WHIP.

George’s three-year high school record included 13 wins with six losses with earned run averages of 2.74, 1.74 and 1.21 from 2000-’02. He chose professional baseball despite receiving numerous Division One scholarship offers. He eventually committed to Nebraska before signing with the Reds.

His pro career in the Reds’ organization took him from the Gulf Coast Reds and Billings Mustangs in 2002 and ’03, followed by a stint with Single-A Daytona and Ashville. He joined the Colorado Rockies initially with their Modesto affiliate, then Double-A Tulsa and Triple-A Colorado Springs.

George is entering his ninth year of scouting with the Texas Rangers where he started as an amateur-area scout. He now serves as a professional major league scout with responsibility for international professional scouting. 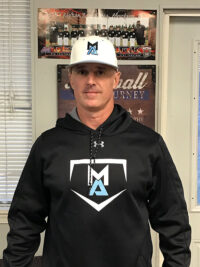 Sean McKenna is a Gloucester Catholic and University of Nebraska graduate whose 1989 high school season was one for the books: first team All-State, All-South Jersey, All-Conference, All-Parochial and All-Gloucester County Times. Posting a .544 batting average, he knocked in 42 runs on 39 hits that included five home runs, 11 doubles and eight triples. His slugging average was 1.041 with a perfect 15 for 15 in stolen bases and did not strike out the entire season.

He capped off 1989 by catching for both the Carpenter Cup championship team from the Olympic/Colonial Conference and finishing behind the plate for Brooklawn’s American Legion State Championship team.

McKenna’s junior year was a head-turner, too. He was first-team All-Conference, All-Parochial and All-Gloucester County Times. His offensive numbers were impressive: .479 batting average with 49 RBIs and 40 hits including, eight home runs and 10 doubles. Six of those hits were game winners. He was again a perfect 10 for 10 stealing bases. During the summer, he caught and played outfield for the 1988 Brooklawn American Legion State Championship team.

A four-year starter at the University of Nebraska, McKenna batted .301, was a three-time Academic All-Big 10 Conference and a member of the National Criminal Justice Honor Society. Upon graduation, he joined the West Deptford Police Department and now serves as its Chief of Police. He found time to coach at West Deptford, first as an assistant from 1995-’97. He assumed the head coaching reigns in 2000, collecting 125 victories through 2006 with a .700 winning percentage.

John Oehler was a left-handed hitting catcher, first baseman and rightfielder from Audubon High School. He attended Old Dominion University from 2000-’03, serving as their four-year starting catcher and was a teammate of Astros All-Star pitcher and Cy Young Award winner Jason Verlander. After college, his career path led him to the Mid-Missouri Mavericks in the Independent Frontier League.

The 1999 Green Wave graduate won All-State honors in 1998 and ’99 together with All-South Jersey and All-Colonial Conference recognition three times, 1997-’99. A member of the Audubon state championship teams in 1996 and ’98, he was coached by Hall of Famer Rich Horan (HOF ’18).

In his sophomore, junior and senior years at Audubon, Oehler batted .465, .490, and .515. He collected 42 extra base hits, including 15 home runs, while driving in more than 100 runs.
Oehler has parlayed his baseball knowledge to West Deptford High School where he took over the coaching reigns and was named 2016 South Jersey Coach of the Year. 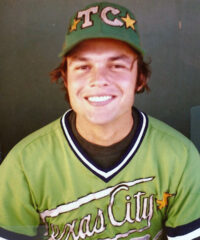 With 481 victories and a .700 winning percentage, Sarno’s resume includes a South Jersey Group III title at Hammonton in 2012, where he also won half of his dozen conference titles in the Cape Atlantic League. He also earned five conference crowns at Cherry Hill West and the other at Camden Catholic. Sarno has been coaching baseball on all levels for 39 years.

A four-year starting pitcher at the University of Miami, he tossed a no-hitter against Florida A&M as a freshman and finished that season with a team-leading 2.02 ERA, receiving that year’s Scholar/Athlete Award. He graduated from Miami in 1975, compiling a 21-2 career record and took his talents to independent minor league teams for the next three seasons throwing more than 400 innings and winning 22 games. Sarno’s minor league pitching stops include Single A Texas City in the Lone Star League; Kingston in the Carolina League; and Bakersfield in the California League.

After retiring from professional baseball, he played locally for the Clifton Phillies in the Metropolitan League; Lyndhurst of the Atlantic Coast Baseball League; in the West Orange Essex County League; Sparta in the Morris County League; Mount Holly from All-Star Sports as well as Delran and Cinnaminson in Rancocas Valley League. Sarno was named MVP of the state champion Cherry Hill Reds Over 30 League and also made his mark with the South Jersey Hot Stovers in the 48-Plus West Jersey League which also won a state title. 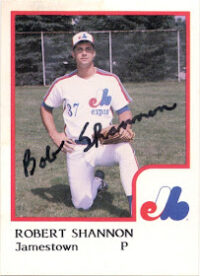 Robert (Bob) Shannon was a three-year varsity letterman at Paul VI, graduating in 1980. The shortstop was recognized his senior year as a member of the All-State, All-South Jersey, All-Parochial and All-Olympic Conference teams after compiling a .478 batting average. He was also a member of the Brooklawn American Legion State Championship squad in 1979.

Shannon passed up signing out of high school with the Oakland A’s after being drafted in the 12th round. He attended and graduated from LaSalle University where he pitched and played the infield. He was named the Explorers’ Most Valuable Player in both his junior and senior years, graduating with a career .385 average. He batted .455 in his final campaign.

The Montreal Expos signed Shannon as a free agent out of college, assigning him to Jamestown in the Class A New York-Pennsylvania League. After two seasons, he headed to the Netherlands where he stayed until 1990.

Returning to South Jersey, Shannon played for Delran in the Rancocas Valley League and semi-pro Wilmington where he was named the league’s best right-handed pitcher in 1981.

Shannon served as Rich Horan’s (HOF ’18) assistant coach at Audubon from 1992-96 and continues to share his knowledge as a baseball instructor at Sportz Central.