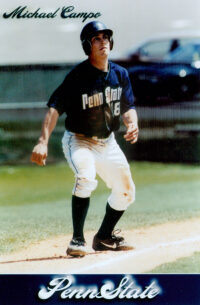 Campo is an Atlantic County product where he starred in the outfield for St Augustine Prep. He attended Penn State and in 1997 he was named to the Louisville Slugger Freshman All American Team. In 2000 he was named first team All-American.

Mike signed as a free agent with the Anaheim Angels and retired in 2004 after 5 minor league seasons with the Angels, Oakland A’s, and Red Sox. 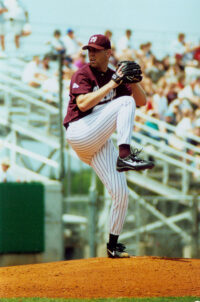 Freed is a graduate of Pennsville Memorial High School and Mississippi State University. He was a 9th round Chicago Cubs draft pick in 2000. He was an All Star for short season Eugene Emeralds and High A Daytona Cubs. He was traded to the Arizona Diamondbacks, where pitched for the AAA Tuscon Sidewinders in 2004 and 2005 in the Pacific Coast League. During his 6 pro seasons, Mark compiled a 39-32 record with a 4.30 ERA in 225 appearances along with 433 strike outs in 614.2 innings.

In 2005 Mark was a member of Team USA in the Baseball World Cup held in Holland.

Mark was a four-year varsity player at Pennsville where the lefty compiled a 25-9 record with 282 strike outs in 207 career innings. He was two-time first team All-South Jersey, three-time All Tri County and three-time All Salem County. He was also All State third team as a junior and All-State second team as a senior. He played in the Carpenter Cup in 1994, 95, and 96.

At Mississippi State, Mark compiled an 18-10 record with a 4.25 ERA throwing 189 innings in 52 appearances. He was selected an SEC Scholar Athlete. Mark was the starting pitcher vs eventual champion USC in the 1998 College World Series.

Mark and his family live in Pennsville and works as a financial planner. 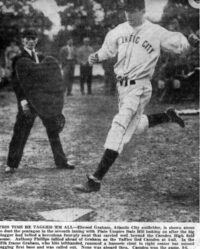 “Woody “Graham was 1 1947 Atlantic City graduate where he earned All County first team in 1946 and 1947. He also played football and ran track and was one of only a few to letter in baseball and track in the same spring season. One afternoon while his team was at bat Woody ran the quarter mile in his baseball uniform and took 3rd place. He was scheduled to throw the shot put but the inning didn’t end in time to enter the event.

In 1947 Grahams average hovered around the .500 mark and slugging .820. It is believed he hit the longest home run at Camden’s Farnham Park. Another memorable home run came against Hall of Famer and former Major-League All-Star Ray Narleski in a 1-0 win.

After attending prep school Graham signed with the Yankees where he reached Triple A. 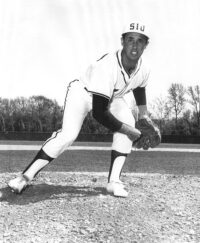 Martin left an indelible mark on South Jersey baseball as head coach at Cherry Hill East for 32 years until retiring in 2005. With more than 500 wins. He was a 4 -year varsity player at Gloucester Catholic High School where he batted .334 and won more than 20 games as a pitcher before heading to Southern Illinois University. SIU finished runner up to USC in the 1970 College World Series, where Martin pitched in several games. After SIU Dave signed as a free agent with the SF Giants and spent a year at Decatur in “A “Ball.

A highlight at Gloucester Catholic came against Camden Catholic when he struck out 19 batters in a 2-0 shut out.

At East Martin was the first to have bat girls, where white shoes, and play in shorts with stirrup socks. East won SJ Group Four championships in 1988 and 1998, the Diamond Classic in 1986 and 1992, and nine conference championships. One of his proudest accomplishments is sending every player who wore an East uniform to college.

After Martin retired, and thru the effort of his friend Dave Townsend, the Cherry Hill East baseball field was named “The Dave Martin Baseball Diamond” in his honor. 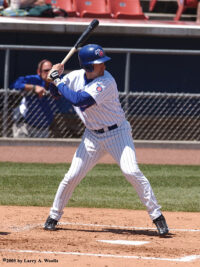 Moriarity graduated from Bishop Eustace Prep and Seton Hall University. At Seton Hall he was first team All-East in 1994 and 1995. He holds single season records in assists (176) and career assists (489).

At Bishop Eustace, under Sam Tropiano, Mike batted .490 and .466 his junior and senior seasons and was the All-Conference and All-State shortstop. In addition to his outstanding defensive play at Eustace Mike batted .429 with 106 hits, 82 walks and 110 runs scored. His on base percentage was .602. 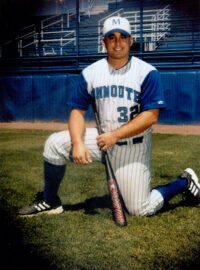 Severino starred at Audubon High School and Monmouth University leading the Hawks to their first two appearances in the NCAA tournament en-route to becoming their winningest pitcher ever.

Dan made his mark in South Jersey as coach Rich Horan’s ace lefthander at Audubon. He became the only pitcher in New Jersey history to compete and win three straight State Championship games. At Audubon his career pitching record was 27-2, an ERA under 1.25, and nearly 400 strike outs.

Dan played center field when not pitching and as a senior batted .436 as a senior. He was a Hot Stover MVP scholarship winner in 1996. 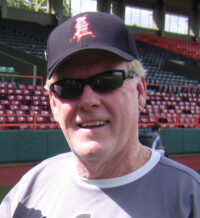 Townsend grew up in Pennsville where he played Little League, Babe Ruth, and was captain of the 1966 Pennsville High team. He was a member of the Pennsville Merchants Salem County League champions in the 60’s, and the 1967 and 1968 Wesley College teams.

His philosophy is to leave it better than it was when he arrived which he has done as a contributor to South Jersey baseball. He coached at Cherry Hill Atlantic Little League where he led the effort to secure and install lights for the field leading to the first night baseball games in Cherry Hill. He coached Arsenal Baseball Club developing young players and took his teams to 3 straight AAU National Baseball Championships. When Cherry Hill East coach Dave Martin lost his assistant due to illness, he asked Townsend to fill in, which he did for 4 years. When Martin retired Townsend led the charge to have the East field named for Martin.

Townsend has served on the Board of Trustees for the South Jersey Baseball Hall of Fame as well as secretary and vice president of the Hot Stover’s Baseball Club. He was banquet chairman for 10 years and currently serves as a member of the Hall of Fame selection committee.

Dave’s greatest contribution is the Hall of Fame Museum, which was located at Campbell’s Field until the field’s demolition. He continued the dream of the late Bob Bobo to develop a location to display and preserve memorabilia, photos, stories, and events and preserve the history of South Jersey baseball. Dave serves as curator of the museum. With the memorabilia currently in storage, Townsend is leading the search for a new home for the museum.

Having grown up in Pennsville and lived in Cherry Hill for 30 years, Dave and his wife are retired in Hobe Sound, Florida and spend summers with family in Strathmere, NJ. 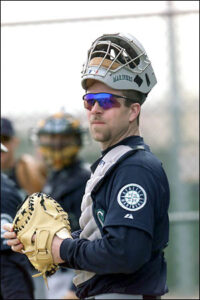 Widger, a graduate of Pennsville Memorial High School, was drafted by the Seattle Mariners in the 3rd round of the 1992 draft. He played 10 seasons in the Major leagues and wears a 2005 World Series ring as a member of the champion Chicago White Sox. In the 14 -inning game three of the four game sweep of the Astros, Widger had 2 walks and an RBI helping the team to a 7-5 win. In addition to catching for the White Sox, he played for the Expos, Mariners, Yankees, Cardinals, and Orioles.

Widger never forgot his roots and now lives in Pennsville. His son CJ was drafted in the 2021 draft.