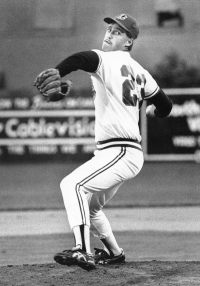 Dennis pitched and played first base in his three-year varsity career at Kingsway HS. He was voted to 2nd Team All-Group 1 as a sophomore and in his junior year made All Tri-County Conference, Gloucester County Times All-Star Team, All South Jersey and team MVP with a pitching record of 6-3. In his senior year of 1987, he was voted All-Group 1, All-South Jersey, All-State, Gloucester County Times All-Star Team, team MVP with a record of 9-3, Philadelphia Inquirer Player-of-the-Year, and Hot Stovers Player-of-the-Year. 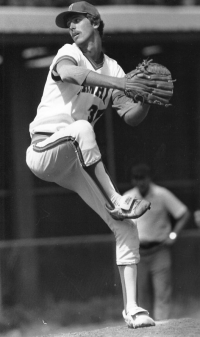 In four years of varsity baseball at Kingsway, Greg played first base and pitched. In his sophomore year he was named to the All-Group 1 2nd team. As a junior he made Tr-County Conference and Gloucester County Times All-Star teams, All South Jersey and was the Kingsway MVP with 142 strikeouts and a record of 11-2. In his senior year, Greg was named All Tri-County Conference, to the Gloucester County Times Team, All South Jersey, All State, and won his school’s Top Athlete Award, with a record of 9-3 and 105 strikeouts. 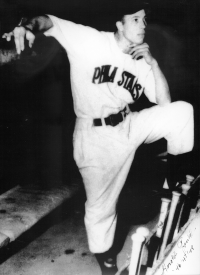 Harold attended Bridgeton HS where he played baseball and participated in track. He credits his baseball skills to his high school coach Rex Bowen. During WW2 he worked as a welder at New York Shipyard in Camden and also as a welding contractor in New York City. He played semi-pro baseball during this time. After WW2 he returned to the Bridgeton area.

In 1945, because of his pitching prowess, Harold was scouted by the St. Louis Browns and Philadelphia Athletics. However, when they found out he was black did not sign him. In 1946 he played for the Philadelphia Stars in the Negro League. His first-year pitching record was 5-0, his second was 14-4. In 1948-49 he played under the name of Laurence Morgan in the Canadian League in the Brooklyn Dodgers organization. In 1950 he was drafted into military service and played on several Army camp teams. After discharge he played on many local teams until 1960. One of the highlights of his career was to be the opening day pitcher at the dedication of Pop Lloyd Stadium in Atlantic City and another was pitching against the great Satchel Paige in Shibe Park. 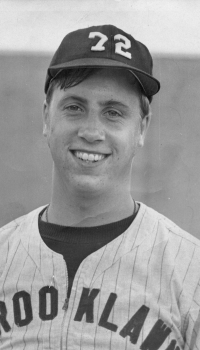 The Kansas City Athletics drafted Bob after high school, but he opted to attend Frederick Military Academy. Later in 1970 he signed with the Chicago Cubs where played A ball with the Caldwell, ID team where he made the All-Star team with a record of 9-4. In 1971 he started with the class A Quincy Cubs and moved up to the AA San Antonio Cubs where had a record of 5-2. In 1972 his stint with the Midland Cubs was cut short by an elbow problem. In 1973 he played for the Orlando Twins where he again made the All-Star team and was the Southern League Pitcher-of-the Year with a record of 14-7. He underwent rotator cuff surgery in 1974. After recovery, he played in 1976 with the AAA Tacoma Twins. Later that year, while playing South America, he had a recurrence of his shoulder injury and decided to retire from pro ball. 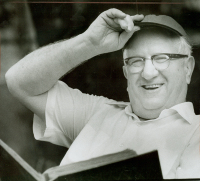 Stanley was a member of Woodrow Wilson HS first graduating class in 1933 where he captained the football team. He graduated from Niagara University in 1938 and returned to his alma mater where he taught Business Education and Bookkeeping while coaching football, basketball and baseball. When Wilson won the state title in 1949 he was assistant to head coach Al Bass.

Pawlak was head baseball coach at Wilson from 1950-1964. During this stretch he coached his teams to nine City Series Championships and four Group 3 and Group 4 Championships in 1951, 53, 54 and 1961. He was always remembered for his emphasis on fundamentals and insistence on discipline and hard work.

Stan was inducted into the South Jersey Coaches Association Hall-of-Fame in 1980. The Hot Stovers Baseball Club honored him in 1988 by naming its “South Jersey High School Coach-of-the Year” award as the “Stan ‘Binney’ Pawlak Memorial Award”.

Binney taught and coached in the Camden School District for 37 years, retiring from both in 1976. Pawlak sad that his fondest memories were the contacts with players from his Woodrow Wilson teams from his years at the helm of the area’s strongest baseball programs.

There are presently six players form his teams in the South Jersey Baseball Hall of Fame and several of his fellow coaches from that period. He appeared regularly at the Hot Stovers AWARDS DINNER and was always warmly welcomed.