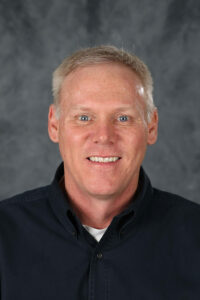 Barr is a graduate of Audubon High School where he helped establish a long tradition of excellence when the Green Wave won the 1975 Group 2 state championship under coach Hank Greenberg.

Barr, now assistant general manager for the San Francisco Giants, was an outstanding defensive first baseman on the 1975 squad and kept the opposition on its toes as he stole 22 bases. John and his teammates Rich Carlucci (pitcher), Jim McKee (catcher) and Chris Young (outfield) lead Audubon to its first state baseball crown and help lead the team to a 20-5 record.

During his 10-year tenure with the Dodgers, Barr moved from his long-time home in Florida back to South Jersey, settling in Haddonfield in 2004, to be closer to family members in the area.

Delp is entering the South Jersey Baseball Hall of Fame as a contributor – umpire. Over his more than 20 years of calling balls and strikes, Delp officiated at every level from Little League to junior college. Ernie’s numerous post-season assignments included New Jersey State and South Jersey finals, state all-star games and the Joe Hartmann Diamond Classic.

In addition to umpiring, Delp served as a rules interpreter for the state, an instructor for aspiring umpires, taught cadet classes and worked with high school coaches so they have a better understanding of the rules.

Ernie was heavily involved with the Pennsauken Youth Athletic Association where he managed at all levels including Delaware Valley, Babe Ruth, and Garden State Leagues. He established the David Delp Memorial Scholarship in memory of his son. The scholarship is awarded to a Pennsauken High School (PHS) senior baseball player for “dedication, spirit and high academic standards.”

Over the years, Delp and his wife had 9 children, enough for their own baseball team. Delp, now a widower, resides in Pennsauken. 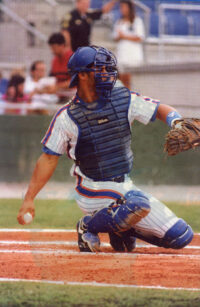 Patrizi, a fourth round Mets’ draft pick in 1990, was a Converse All American. He established his credentials by being named All Olympic Conference First Team, four times, All Parochial, All Group 3, All Group 4, All South Jersey, and Associated Press and Newark Star Ledger All State.

During his professional career, Patrizi spent four seasons in Mets’ system (Gulf Coast, Kingsport, Columbus, Capital City) and one with the (Kingston) Indians in the Carolina League.

Mike and wife Lori live in Cherry Hill with their four children: Taylor 12, Michael Jr. 10, Nicholas 9, and Lauren 6. He has been a Cherry Hill firefighter for more than 12 years. 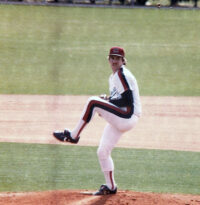 Price, a 1981 Cherry Hill East HS graduate, rolled up enough impressive numbers and honors to win a full scholarship to the University of South Carolina. At East, playing under head coach and South Jersey Baseball Hall of Famer Dave Martin, Price starred on the mound and at the plate.

Called up to play varsity as a freshman, Price’s career includes being named team captain, All Conference, All Group 4 and All South Jersey. He was voted “Most Athletic” in his senior year. Larry helped his East squad take the conference title in his junior and senior years.

Larry and his wife currently live in Plano, Texas. 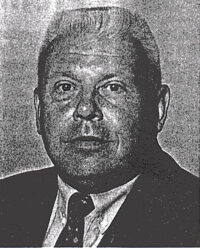 Sands enters the Hall of Fame as a contributor – administrator, umpire and executive. He is a long-time former school administrator, highly respected umpire and former executive director of the NJ State Interscholastic Athletic Association (NJSIAA).

Following a distinguished 33-year career as a teacher and school administrator, Sands took the NJSIAA’s helm in 1993 and served until 2006. Prior to joining NJSIAA, Sands was Delsea Regional’s superintendent from 1971-94. He spent 30 years as a member of the Camden County chapter of the New Jersey Baseball Umpires Association – president from 1976-79.

In retirement, Sands has remained close to the game working with the Washington Nationals and Brevard County (Fla.) Manatees. 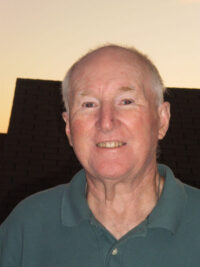 Sasse was a 32-year umpire veteran – seven years in the semi-professional Penn Del League and 25 years as a member of the Camden County chapter of the NJBUA, umpiring junior college and high school games including Region 19 junior college tournaments and dozens of New Jersey state playoff games. He has hundreds of games to his credit umpiring in the Tri-County, Garden State, American Legion and Delaware Valley Leagues.

In addition to his on the field work, Gene spent 15 years as the South Jersey high school baseball rules interpreter and instructor of the second year high school federation baseball class with a 98 percent graduation and certification rate.

Sasse is a graduate of the U.S. Army Communication School and North (Philadelphia) Catholic High School where he played four years of varsity baseball. He was also a 20-year member of the Philadelphia Hot Stover’s (catcher). For many years, while living in Philadelphia, he managed the 19-year-old Somerdale Boys Club team leading them to the Philadelphia City Championship in 1965.

Gene and his wife Nancy have two children, and make their home in Ocean City, NJ. 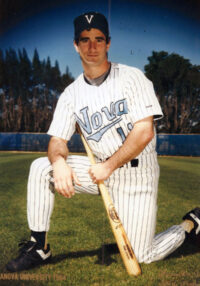 Young is a 1992 Cherry Hill East graduate, where he played four years of varsity baseball under Hall of Fame coach Dave Martin. Now a vice principal at Eastern, Young set East career records in runs scored (101), hits (134), doubles (28), batting (.496) and on base percentage well over .500.

A graduate of Villanova, Young was a four-year starter where he earned Big East Rookie of the Year honors. He captained the Wildcats his senior year establishing the career hit record for the Big East. Young ended his Villanova career with a .341 batting average.

Steve played for Canton in the Frontier League, before serving as an assistant baseball coach at Temple University, under the tutelage of Skip Wilson for three years. Young is married with one son and presently V.P. at Eastern High School.