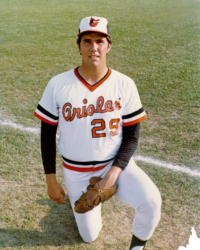 Rowland graduated from Pennsauken HS in 1972 after setting a then school career record of 18 wins during a stretch of sub-par seasonal records for the school. As a senior, he won All-Conference and All-Group 4 honors after recording an ERA of 0.98.

Rowland then attended Atlantic Community College where his two standout seasons earned him a national Junior College All-American honorable mention in 1974. He was drafted by the Kansas City Royals but opted to attend Florida International University. In 1975 he posted an 11-3 record with a 1.31 ERA, earning him first team All-Sun Conference honors. He spent his summers playing in the highly competitive Camden City and Tri-County leagues.

Rowland signed with the Baltimore Orioles in 1977 and was assigned to the Bluefield, WV club in the Appalachian League. He moved up to the AA Miami Orioles in 1978 where he spent two seasons. He left pro ball and began playing with Midwest Emery in the Southern New Jersey’s Rancocas Valley League until 1982.

Rowland’s second pro baseball career started in 1982 when he joined the Major League Scouting Bureau as a free-agent scout and running tryout camps throughout the Northeast United States. He has scouted and coached pitchers for the Baltimore Orioles, Montreal Expos and Florida Marlins. 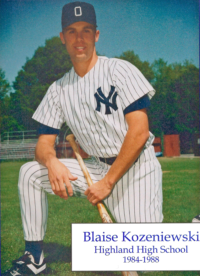 Blaise was a four-year varsity player in baseball, basketball and soccer at Highland HS. In his junior year, he was named second team All-South Jersey by the Philadelphia Inquirer, honorable mention All-South Jersey by the Courier-Post, and also to All Group 3 and All Olympic Conference honors. That summer he played for Team Brooklyn in the Amateur Baseball Association in Euclid, Ohio. As a senior in 1988, he was picked for the All-South Jersey Second Team by both the Inquirer and Courier, while again selected for All-Group and All-Conference honors. He also played for in the post-season Carpenter Cup Tournament. He hit .426 for his career at Highland, led his team in extra base hits and RBIs his junior and senior years, and was chosen as one of the Top Male Athletes in 1988.

Blaise played at Camden County College and his .533 batting average in 1990 was third best in the country. That won him the Mideast batting title. He also had 17 doubles, 3 homers and 42 RBIs earning him a spot on the NJCAA All-American Team and the All-Region 19 Team. He went on to the University of Georgia where he was named the All-SEC first team shortstop, Scholar Athlete and Georgia’s Player-of-the-Year in 1992. The UGA Media Guide indicated that Blaise was one of the all-time best shortstops. He set records at UGA for most at-bats in a game (8), most doubles in a game (3), and set the record for most Southeastern Conference hits in a game (6).

Blaise was drafted in 1992 by the New York Yankees in the second round. Between then and 1995, he played A ball at Oneonta, Greensboro and Tampa, AA at Albany and Norwich. He was traded in 1996 to the Chicago White Sox for Tim Raines. He then retired, returned to South Jersey and played in the Rancocas Valley League for a few years before retiring. He worked for a time as Area Supervisor for the Tampa Bay Devil Rays. 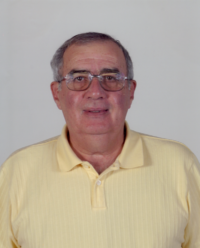 Bob was born in Camden and graduated from Camden Catholic HS in 1954. He then attended Mt. Saint Mary’s College where he graduated in 1958. Bob then served in the US Army for two years.

Bob began working as a sports writer for the Courier-Post Newspaper in 1963. Over 40+ years he has been deeply involved covering multiple sports, but his primary focus has been high school baseball, basketball and football. He has covered hundreds of events in these sports and has done dozens of feature stories on the athletes competing in them. He has been actively involved in selecting the annual All-Star teams and also in selecting the All-Century Teams for the Courier -Post. He covered numerous state championship games, especially in baseball and basketball.

For several years, Bob took over for Hall of Fame writer Doug Frambes doing a feature article “Pages From the Past”. In those articles, he wrote about some of the most outstanding area baseball players of the past.

Several years ago, Bob took it upon himself to research the history of all sports throughout the state and developed a library of all conference sectional and state championships for every school in South Jersey. He maintains this library and constantly updates it as needed. In baseball, he has every conference and sectional champion from the very beginning. This became a valuable tool for fellow Courier sports writers and to area high schools looking to formulate a history of its team competitions over time. He also maintains a comprehensive history of local independent leagues covering more than 40 years.

In 1980, Bob became one of the original members of the Hall-of-Fame Selection Committee for the Al Carino Basketball Club of South Jersey. He remains a member and develops the biographies of inductees. In 1995, Bob received the President’s Award for his long service to this Selection Committee. In 1996, he was inducted into the Al Carino Basketball Hall of Fame as a significant contributor to the sport.

In 2001, the South Jersey Coaches Association honored Bob with a Special Recognition Award for his contribution to local high school sports. 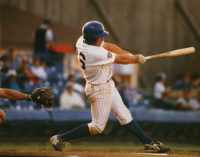 Ron accepted a baseball scholarship to Old Dominion University where he played from 1995 to 1997. He hit .377 with a record 20 homers in his senior season. He performed as reliever on the mound where he racked up 19 career saves. He was named to the Colonial Athletic Association All-Conference Team in ’95, ’96, and ’97, was the CAA tournament MVP in 1996, the Old Dominion MVP and CAA Player-of-the-Year in 1997. Ron played in the Cape Cod League during the summers and hit .377 in his three years there.

Ron was selected in the 8th round of the 2000 draft by the Chicago Cubs and his future looked bright to move up quickly through the organization as he did for three years. Unfortunately, he was killed in an auto accident in 1994. 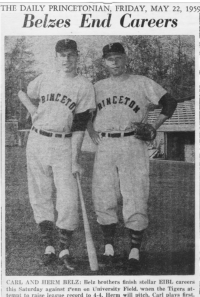 Carl is considered to be one of the greatest athletes to graduate from this high school. He was named to the All-Colonial Conference Team in each of his three varsity seasons at Haddon Heights HS. He finished his senior season in 1954 by winning the conference batting title and leading his team to the Colonial Conference Championship. Playing for Brooklawn American Legion Post 72 from 1953-55, he was greatly responsible for his team reaching the NJ American Legion State Championship game in each of those three seasons. Brooklawn won the title in 1955.

In 1957 Belz played for the Moffa’s Farm entry in the National Baseball Congress Tournament, winning the batting title with a .411 average and Moffa’s winning the state tournament. Carl attended Princeton University where he excelled in both baseball and basketball. He was named MVP in both 1957 and 1959 when he led his team in several offensive categories.

Carl was honored by the Courier-Post Newspaper in 200 when he named to the first team All-Century Classic Era High School Team.

Stan grew up in Almonesson and attended Woodbury HS where was on the baseball, basketball and wrestling teams. His athletic career was interrupted when World War II broke out and he joined the Marine Corps. He spent most of the war in the South Pacific and in thick of the most action, most notable on Saipan and Iwo Jima. After returning home from the war, Stan played in several South Jersey semi-pro leagues and had an offer to turn pro from the Brooklyn Dodgers. He had to decline due to family obligations.

Stan found himself drawn to coaching and was instrumental in founding the Deptford Midget Football and Deptford Girls Softball programs. He submitted accounts of the games to the Woodbury Times which attracted the attention of Editor Bob Shyrock. Bob offered Stan a job as Assistant Sports Editor where he expanded the coverage of the local, college and professional sports scenes. In 1969, Stan replaced Shyrock as Sports Editor.

Stan received several awards and honors in his 30 years as a writer. He was recognized by the Tri-County Midget Football Coaches for outstanding service in 1969, by Deptford Township by the Outstanding Citizen Award and the New Jersey Press Association Award in 1973. In 1985 he received the MSA Reporting Award. In 1986 he was recognized by the Gloucester County Board of Freeholders for community service, and received appreciation awards from the Philadelphia Eagles and Flyers. Stan was inducted into the Gloucester County Hall of Fame in 1990.

Boody resigned as Editor, but continued to write about the major pro sports along with tennis, golf and boxing. In retirement, Stan wrote weekly sports columns until his death in 1999.