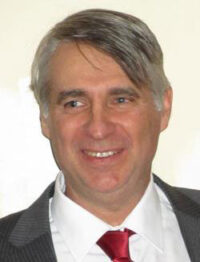 Joe Davis made a lasting impression playing first base for Cherry Hill High School East starting in 1974. His career batting average was .351, with 78 hits, 54 runs scored, 58 runs batted in, 14 doubles, five triples with a .974 career fielding percentage and 11 career home runs – at the time, most in East history.

In his senior year, Davis batted .420 with 42 hits, seven doubles, three triples and seven home runs…to sum up the year, his Cherry Hill East team won All-Conference and the Group 4 Championship.
From East, Davis played the outfield for Glassboro State College(now Rowan University) where in 1979, Hall of Fame coach Mickey Briglia’s squad won the Division 3 National Championship. His Pen-Del League career included six championships for his Jenkintown Quakers team. Davis still plays independent ball in an over 35 league. In the three years playing in the league his team, the Detroit Tigers, just recently added a championship to Davis’ resume.

Joe Davis comes from an athletic family and indeed has bragging rights…..Joe’s Dad, in 1992, entered the South Jersey Fast Pitch Softball Hall of Fame and his son, Joe Davis IV, in 2005, became a National Champion at Gloucester County College.

Keith Garagozzo was a lefthanded pitcher for Holy Cross (Delran) High School before heading to the University of Delaware where his career blossomed under coach Bob Hannah.

In 1989 Keith had a 3-3 record with an ERA of 3.75 and in 1990, he went 7-2 with an ERA of 2.96 and in his best year 1991, he went 9-2 with a 1.31 ERA along with 109 strike outs. After being named a first-team All American at Delaware in 1991, Garagozzo was drafted by the New York Yankees the ninth round. Three years later, he was pitching for the Minnesota Twins in the big leagues. His professional career ended prematurely. He developed shoulder problems and never returned after undergoing reconstructive surgery.

As a Twin, Garagozzo’s appeared in seven games, throwing just nine innings. He had no major league decisions. His minor league statistics helped him progress through the Yankees’ system until being a Twins’ Rule V draft. As a Yankees’ prospect, he was 29-22 with a 3.67 ERA in 465 innings. He averaged seven strike outs per nine innings. 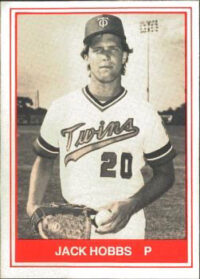 John “Jack” Hobbs is a 1974 Cherry Hill West and a 1978 Lynchburg College graduate. He was drafted in 1978 by the Seattle Mariners in the sixth round and made it to the major leagues with Minnesota in 1982 where he posted a 3.00 earned run average. In 1983 with the Orlando Twins of the Southern League, he played in 51 games, had 8 wins with 4 losses with an ERA of 3.97 and a total of 87 strike outs. 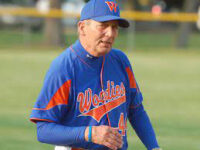 The 1968 Glassboro State College graduate played in the NAIA World Series in three of the four years as the Profs’ centerfielder. His GSC batting average was .360, which led to his 2001 induction into what is now the Rowan University Sports Hall of Fame. Lee was drafted from Glassboro State College by the Minnesota Twins Organization in 1968. He had a brief stay with the Auburn Twins, of the New York-Penn League located in Auburn, NY, where he batted .302. 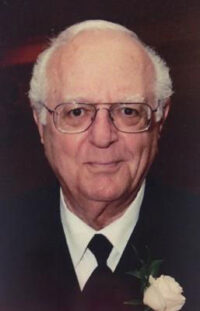 Joe Acquaro has been involved in South Jersey baseball for more than five decades. He’s a 1954 Woodrow Wilson High School graduate where he played third base for the ’53 and ’54 varsity baseball team, where they won the Camden City Series, Group 3 and Sectional State Championship teams under Hall of Famer Binney Pawlak.

Teammates of his were future South Jersey Baseball Hall of Famers, Joe Canuso, Bill Davidson, Sam Croge and Art Watson. Prior to entering Wilson, Acquaro had already started building a career in the independent summer leagues. In 1951 he won the Camden County Parks League second half batting title hitting .500, leading Camden Eastside to the league title. He continued playing in the parks, Gottschalk Twilight and American Legion Leagues.

Over the years, Acquaro developed a reputation as a major contributor to South Jersey baseball, working with his mentor and Hall of Fame member, the late Bob Bobo, assuming the responsibilities of what has become the Robert G. Bobo Memorial Golf Tournament and taking over as editor of the Hall of Fame Awards Banquet program. As editor, he designs it, crafts the editorial content, lays out the graphics and maintains the statistics.