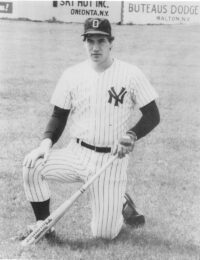 Rick made his local mark on baseball while attending Cherry Hill East HS in the mid-1970s. He was coached by Hall of Famer Dave Martin and was named to the All-State Team as a senior in 1977. Rick was All-South Jersey in 1976-77, All-Group IV in 1976-77, and All-Olympic Conference from 1975-1977. At East, he had a career batting average of .406 and drove in 70 runs in a time when there were fewer high school games played per season. Not only an outstanding catcher, Rick had a respectful career on the mound with a 5-1 career record. His senior year ERA was 1.20.

After high school, Rick starred for Hall of Famer Jack Don at Camden County College where he was named All-Conference, All-Region 19 and also Honorable Mention All-Junior College All-American. Rick had the interesting distinction of being drafted three times by three different major league organizations: Seattle Mariners I 1977, the Detroit Tigers in 1978 and the New York Yankees in 1979. He signed with the Yankees and spent time in its minor league system at Rookie League Oneonta, NY and with A-level Fort Lauderdale. Rick retired from pro ball after the 1981 season.

From 1982-1996 Rick played in the Rancocas Valley League for the Vincentown Merchants and won recognition as a RVL All-Star, and a Bridgeton Invitational Tournament All-Star several times. He’s among the top three all-time home run hitters in Bridgeton Invitational history, hitting seven HRs in one season’s tournament alone. He exhibited his strong arm from behind the plate by throwing out 28 runners over one summer league season.

Rick became a Health/Physical Education teacher at Woodbury HS where he also was the baseball head coach for ten years. He also spent time as an assistant coach with the University of Pennsylvania baseball program. 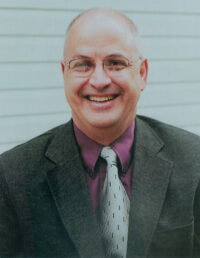 Marc graduated from Paul VI HS in Haddon Township in 1977 and then from Glassboro State College (now Rowan University) in 1981. He majored in Communications and later used this education in a long career in journalism.

His life-long love of sports has been reflected in his professional career. He started at the Courier-Post Newspaper in 1982 and within two years moved on to the Philadelphia Inquirer where he covered and wrote about high school sports. Writing was but only one of his professional accomplishments. Marc spent years with Garden State Cable and Comcast announcing baseball, basketball, football and soccer games on TV. From 1997-1992, he hosted a weekly high school sports show on radio station WIP.

Marc has been recognized for his radio coverage of the Carpenter Cup baseball tournament, by the New Jersey State Interscholastic Athletic Association (NJSIAA) for his coverage of scholastic sports, and New Jersey State Soccer Coaches Association. Marc is also a member of the South Jersey Football Hall of Fame and the South Jersey Soccer Hall of Fame. 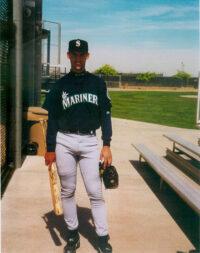 Vaughn graduated from Audubon HS in 1996 where he was an outstanding shortstop and pitcher. His four-year varsity batting average was well over .400 with 94 RBIs and 53 extra-base hits. As a pitcher, Vaughn had a career mark of 21-4 with 196 strikeouts. His senior year ERA was 0.78. His Audubon team won the Diamond Classic in 1995 and he was the Carpenter Cup MVP in the same year. Vaughn earned All-State and All-South Jersey honors in 1995 and 1996, along with All-Group 1 and All-Colonial Conference honors in 1994, 1995 and 1996. His Audubon squad won the New State Group 1 Championship in each of those three years with Vaughn leading the way. In addition, his Brooklawn American Legion Post 72 team won the state championship in 1995 and 1996.

Despite being drafted by the Florida Marlins in the 9th round, Vaughn decided to enroll at Duke University where he had a successful career on the diamond. In 1999, he signed a professional contract after being drafted in the 4th round by the Seattle Mariners. He played at A level Wisconsin Rattlers and the next season with the A level Lancaster (CA) Jethawks. Vaughn decided to retire from pro ball after the 2000 campaign.

Vaughn was named to the Courier-Post Newspaper’s All-Century Team in 2000. 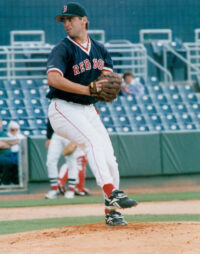 A 1990 graduate of Cherry Hill West, on the diamond Shawn was among the most feared pitchers of that era. He spent the 1987 and 1988 seasons at Camden Catholic HS, but it was after transferring to ‘West’ where his career blossomed and crafted a 20-0 career record over his 1989-90 campaigns. His ERA in his senior year was 0.62 with 114 strikeouts, which were both tops in the state. Shawn’s top high school highlights included being a member of the 1989 Carpenter Cup Champion Team, the 1989 Diamond Classic Championship team and his 1989 no-hitter against cross-town rival Cherry Hill East when both teams were nationally ranked. In 1990, in addition to leading the state in wins, ERA and strikeouts, Shawn was named Gatorade NJ State Player-of-the-Year, and Northeast Gatorade Player-of-the-Year. He capped of his 1990 senior season by throwing a no-hitter against Hoboken HS in the state Group IV Championship Game.

Shawn went on to North Carolina State University where he had a stellar career. He helped the ‘Wolfpack’ to the 1992 Atlantic Coast Conference Championship and was selected to the All-ACC Team in 1993.

The Boston Red Sox made him its 4th round draft pick in 1993 and he decided to sign. He was sent to A level Lynchburg, VA. After stints with Sarasota, FL, Trenton, NJ and Pawtucket, RI, Shawn decided to retire after the 1996 season due to his having arm problems.

The Hot Stovers named Shawn as its Player-of-the-Year in 1990. 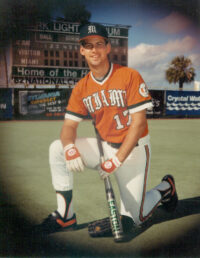 A 1985 graduate, Will racked up impressive hitting and pitching records at Gloucester Catholic. He hit .520 in 1984 and .610 in 1985, but his pitching records are just as daunting. In 1984, his record was 11-2 and 6-2 in 1985. Over those two years he struck out 245 batters, including 20 in one 7-inning game and also tossed four no-hitters. Will was All-State, All-Parochial, All-South Jersey and All Olympic Conference in 1984 and 1985 while leading Hall of Fame coach Al Radano’s teams to state championships in both of those years.

After high school he enrolled at the University of Miami where he appeared in three College World Series tournaments. Will had a .295 career batting average, a 15-game hitting streak and 15 career home runs with the ‘Hurricanes’. He was drafted by the Minnesota Twins in 1988, but did not sign. Will did sign a year later with the Cleveland Indians, playing in the Indians organization for two years, the Florida Marlins and eventually retiring after playing in the Mexican League in 1992. 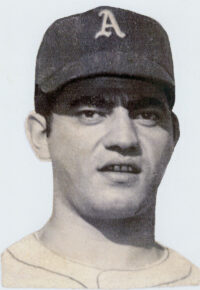 Tom’s baseball career began on the sandlots of South Camden in the late 1930s. Long before the use of radar guns, it was evident that Tom could throw a ball with blinding speed allowing him to become a prominent pitcher of his era.

He played briefly at Camden HS, but that level was not enough of a challenge for him so he took his pitching talent to the semi-pro level. Box scores during his early career show that he consistently had games with double-digit strikeout performances.

His career, like so many other young men in the early 1940s, was interrupted by World War II. Even during wartime, Tom found time to pitch for teams while stationed at Fort Hood (Texas), Fort McQuade (Calif), Camp Breckenridge (KY), Fort Sill (OK) and while on various overseas assignments.

Following his discharge in 1946, Tom returned home to semi-pro ball and was eventually offered a contract with the Philadelphia Athletics Organization. He developed arm trouble, however, and his pro career was cut short. However, his scrap book is filled with pictures of he and former teammates such as Bobby Shantz, Roy Sievers, Art Ditmar, Carl Sawatski, Gus Bell and Roy Smalley, each of whom eventually became major league players.

Tom later went on to a career as a carpenter.